Time is Your Enemy

This is third of several blogs delving into the origin and meaning of my sales leadership “Words of Wisdom” catchphrases. You can access the complete list here stm360.com/blog/words-of-wisdom-for-sales-leaders

Every type of company, whether high growth or in maintenance mode, needs to be cognizant of time. As someone who works with companies in all stages, I see a huge lack of awareness of the impact of time. More specifically, most companies don’t recognize they are running out of time until it is too late.

So why should sales leaders treat time as the enemy?

Just about every company is dealing with one or more of the above circumstances. Are they aware? Yes the majority of companies are. Do they act swiftly enough to prevent a hit to sales results? Most of the time no.

So how can a sales leader avoid being a victim of time? Two suggestions 1) Set up an early warning system (leading indicators) on ANYTHING critical to making your numbers and 2) take immediate action when things are not 100% where they need to be.

The components (and time horizon) of the early warning system will differ depending on your role and level of responsibility. For example, a front line manager will need to monitor capacity (number of quota carriers versus target), pipeline quality and coverage, and deal movement by stage. And by monitor I mean monitor on a DAILY basis.

Time horizon for a front line manager will depend upon sale cycle length and how long it takes to ramp a rep. For example, if sale cycle length is less than 90 days and a rep is productive less than 180 days, I would recommend a rolling 6 month monitoring method.

A CRO’s early warning system would encompass a much longer time horizon and also include key capabilities needed to scale. Example – Need to build an EMEA sales operation that delivers $1 million in revenue by X date. Step one is would be hiring an EMEA head of sales within the next 60 days. Delay of this hire would trigger a red flag.

So you have an early warning system set up and the alarm bells are going off. What do you do? You immediately ACT with speed, strength and aggression – that’s what you do.

Pipeline creation slowing down? Initiate a “closed lost” campaign. Behind in hiring? Get your CEO to approve a large referral bonus. Sale cycles taking longer? Get a tiger team together internally to figure out how to reduce friction in the sale cycle.

The best sales leaders possess an acute sense of urgency – a combination of recognition plus immediate action.. They know time is their enemy. And they monitor and combat this enemy daily. You can too.

(if you would like an example of a six month rolling early warning system, email me at mike@stm360.com) 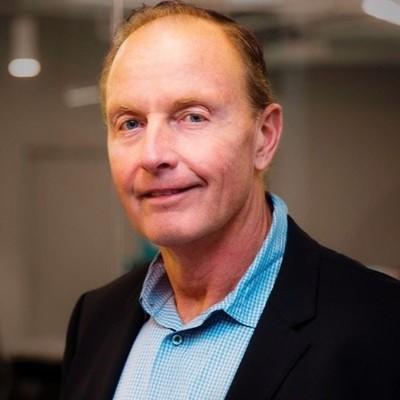 How to lead in times of crisis

When faced with difficult times, we need to make a choice. We can choose to be a victim and allow the circumstances to dictate our fate. Or we can embrace the struggle, engage in the situation and create a positive outcome.

Don't distract your sales team - or they will stop producing

Join Sales Leaders from companies around the world for tips to help your organization hire top talent, accelerate skills and enhance processes